From the chemical coloured paint production to the  Ball Bearing City – a whole series of important inventors and personalities has transformed Schweinfurt into a world-class industrial city until this very day!

The industrial history of Schweinfurt begins in the beginning of the 19th century. Wilhelm Sattler (1784–1859) established a paint factory, and Sattler’s Schweinfurt Green soon became well-known and popular throughout Europe. It only became public knowledge in 1839 that the Schweinfurt Green was extremely toxic. 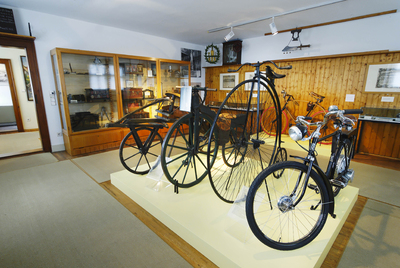 Around 1860 the Schweinfurt resident Philipp Moritz Fischer produced an initially hardly heeded invention – a pedal crank, which he built into his running wheel, and thus transformed his running wheel into a genuine bicycle. Starting in 1883 with the help of his invention of the ball mill, Fischer’s son Friedrich (1848–1899) produced hardened steel balls for the first time in mass production. He became the decisive pioneer of the subsequent ball bearing industry.

In 1909, the skilled mechanic Georg Schaefer (1861–1925) acquired Fischer’s First Automatic Cast Steel Ball Factory – it was more or less the birth of the firm Kugelfischer (FAG), which was to become the epitome of the worldwide roller bearing industry in the coming decades. 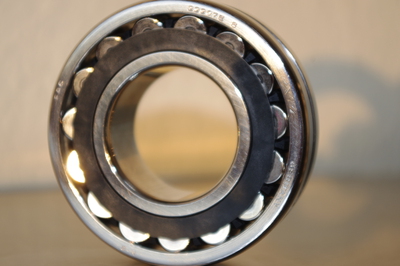 Likewise at the end of the 19th century (1894), the native Swabian Ernst Sachs (1867–1932) established a company in Schweinfurt, which was to subsequently garner worldwide fame as Fichtel & Sachs. Sachs also initially manufactured ball bearings.
In 1903, he developed the famous torpedo freewheeling hub and later also the Sachs motor. The company has produced automobile shock absorbers and clutches since the 1930s. 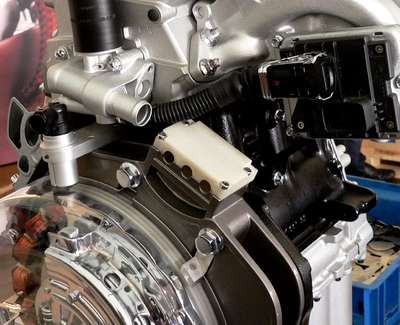 The rapid development of the Schweinfurt-based large concerns FAG Kugelfischer, Fichtel & Sachs and SKF was also not held up by the heavy devastation in the Second World War and the years of dismantling.

In the 1960s and 1970s Schweinfurt flourished economically, particularly due to its industry. During these times about 55,000 people worked in Schweinfurt – which was roughly equivalent to its number of inhabitants. Yet the monopolistic structure also made Schweinfurt largely dependent on the economic prosperity of large concerns.

This became drastically clear in 1992. Industry-specific, structural and internal corporate problems led to the fact that within a few months about 10,000 jobs had to be cut. The unemployment rate rose and the future of the city seemed to be dismal. Schweinfurt had to realign itself and strengthen other trades and service sectors. An extensive structural change was introduced quickly and unsparingly. The way out of the crisis was successful.

Today in addition to the globally operating companies from the rolling bearing and automotive accessories industry, other industries such as medical technology, measurement and control technology, energy technology, linear motion technology and plastics processing are also successfully represented.